Business and technical consulting – providing commercial advice, technological design, and support to companies, communities, NGO’s and banks. We often partner with other consultants to provide our services on projects that range in size from small commercial integration to utility scale projects.

Project Development and Asset Management – leveraging our experience in over 20 countries, we support teams throughout the whole lifecycle of an asset. Increasingly this includes the acquisition and repowering of existing wind and solar projects.

We are the stewards with whom the future trusts decisions today.

We believe that climate change, environmental quality, financial risk and lifestyle are things that can dramatically be improved by using energy smarter and from renewable resources such as the sun and wind.

Our focus is renewable energy strategy, development and design so that you can continue to focus on your business while realising the opportunity that renewable energy implementation promises. 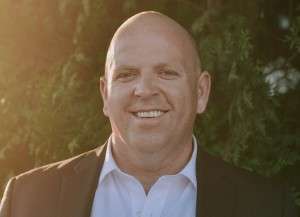 Stephen is a renewable energy engineer and entrepreneur focused on the design, development and supply of reliable renewable energy. With over 15 years experience in renewable energy, and as a leader among his peers, Stephen has been recognised as an integral part of teams that have built over 1GW of assets that he has designed, helped gain finance for and operated in over ten countries. Stephen helped design prototype solar energy systems in Australia, helped design and develop the first wind project in his local market of British Columbia, Canada, the Bear Mountain Wind Project, and as part of Iberdrola Renewables and Falck Renewables has been the lead designer of more than 6GW of development pipeline in utility scale wind and solar energy.

Most recently as the founder of Energy Canvas, Stephen was voted Chairman of the DNVGL energy storage initiative GRIDSTOR, whose best practice whitepaper was released in January, 2016 to some acclaim.

As an energy innovator Stephen has worked around the world consulting to investors and companies seeking to implement effective technology innovation and renewable energy projects. With Energy Canvas now focused on reliable renewable energy and energy storage for microgrids and remote diesel generation offset, he has focused his development efforts through the development of the of Arctic Renewables and Tropic Renewables initiatives.

Education
Originally from Vancouver, BC, Stephen has studied engineering in Canada, Australia and Germany, where he focused on civil and structural design from BCIT as well as renewable energy from Murdoch University. More recently, he studied while working in London included a post graduate diploma in entrepreneurship at the University of Cambridge, Judge Business School. Click here for a short video interview with Stephen from the program.

This is the Energy Canvas Consulting website. We also sell meteorological measurement equipment and provide field work services under our two sister companies. Please visit those sites to discover more about our full range of offerings!

To design, build and operate high-quality renewable energy assets for communities and businesses so that its energy can reliably power us.